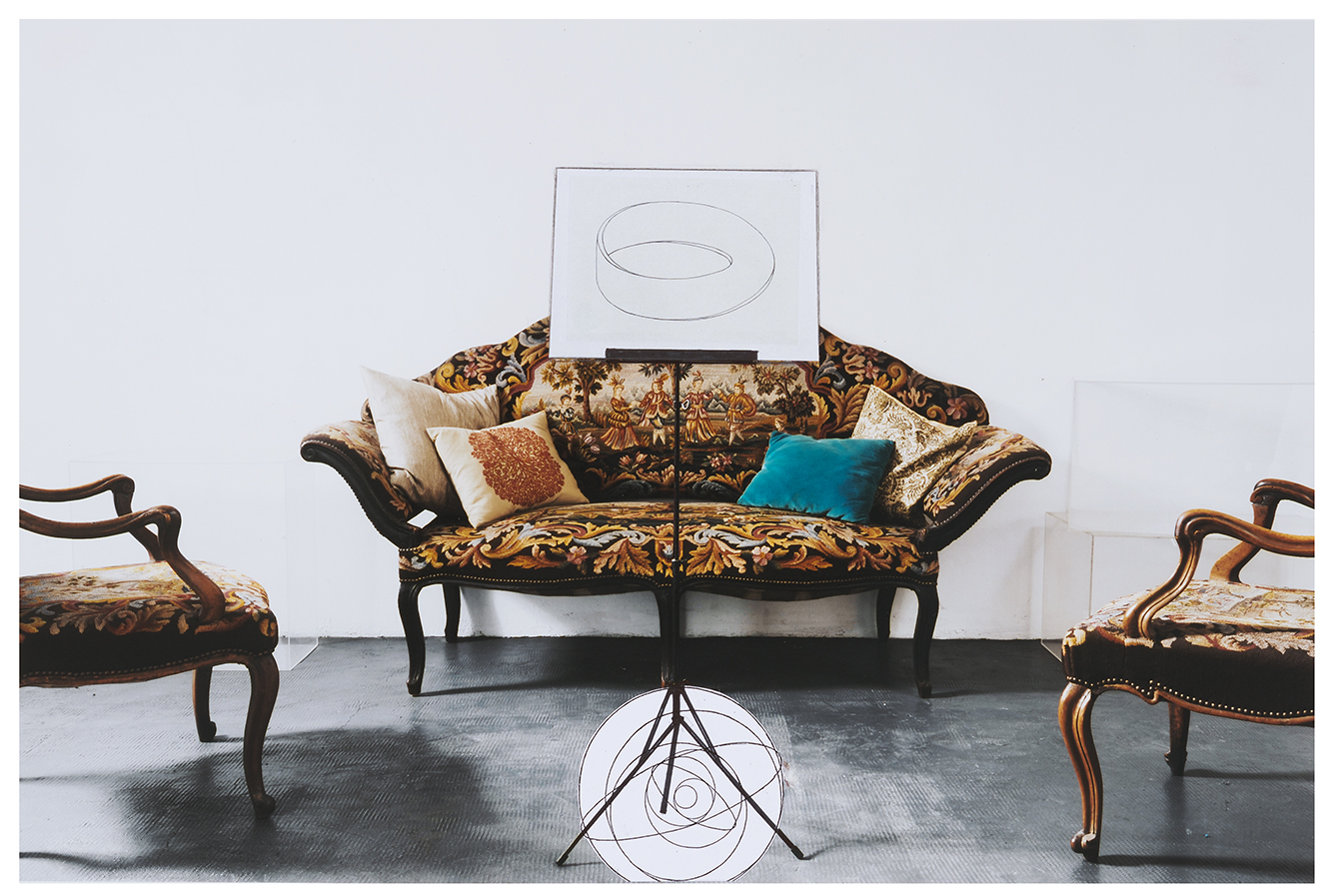 This exhibition presents 25 unique pieces of his works on paper from the Sale d’attesa series. Their common denominator is a detail of his studio in Po road, Turin: the sitting room, consisting in a sofa and two armchairs, becomes a place where inspiration and memory dialogue with the forces of the creation. In L’Aleph the image of Borges appears - elegant, ironical, and austere - with his stick: the new Homer of Twentieth century. In Ermite à Paris, his friend Calvino, who passed away many years ago, with a smile over a subtle and troubled mask, a geometric bust that leans on two plexiglass cases. Then Melotti, that stands waving his hat, while four spheres, maybe symbols of transparence, float in the air. Furthermore other images, other shapes, other icons: two more plexiglass cubes, overlapping where are teeming new and ancient projects; music stands for celestial and silent notes; easels that present new icons and images, sometimes cruel modernity: an immigrant, an armed soldier, some corazzieri forming baroque visions. 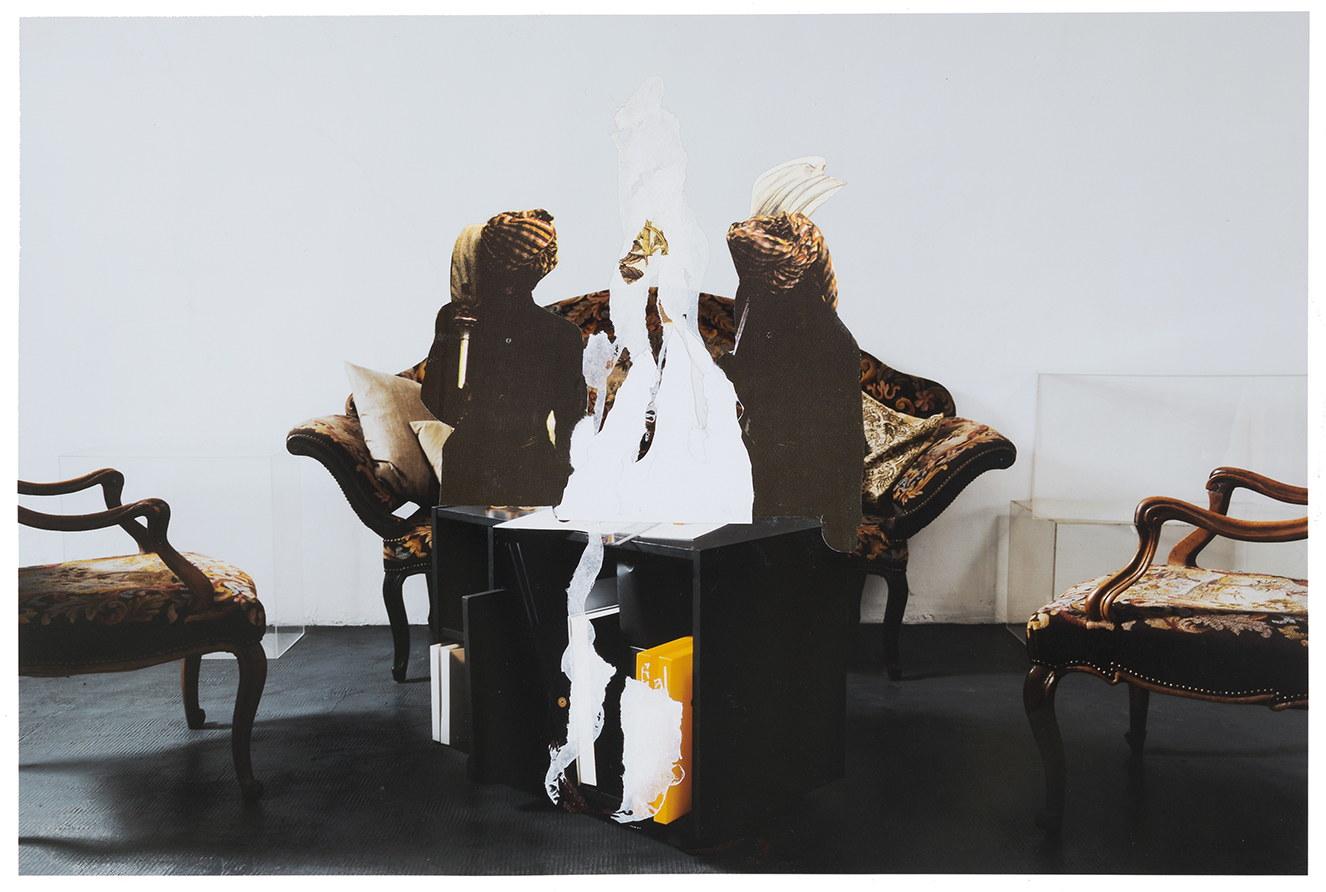 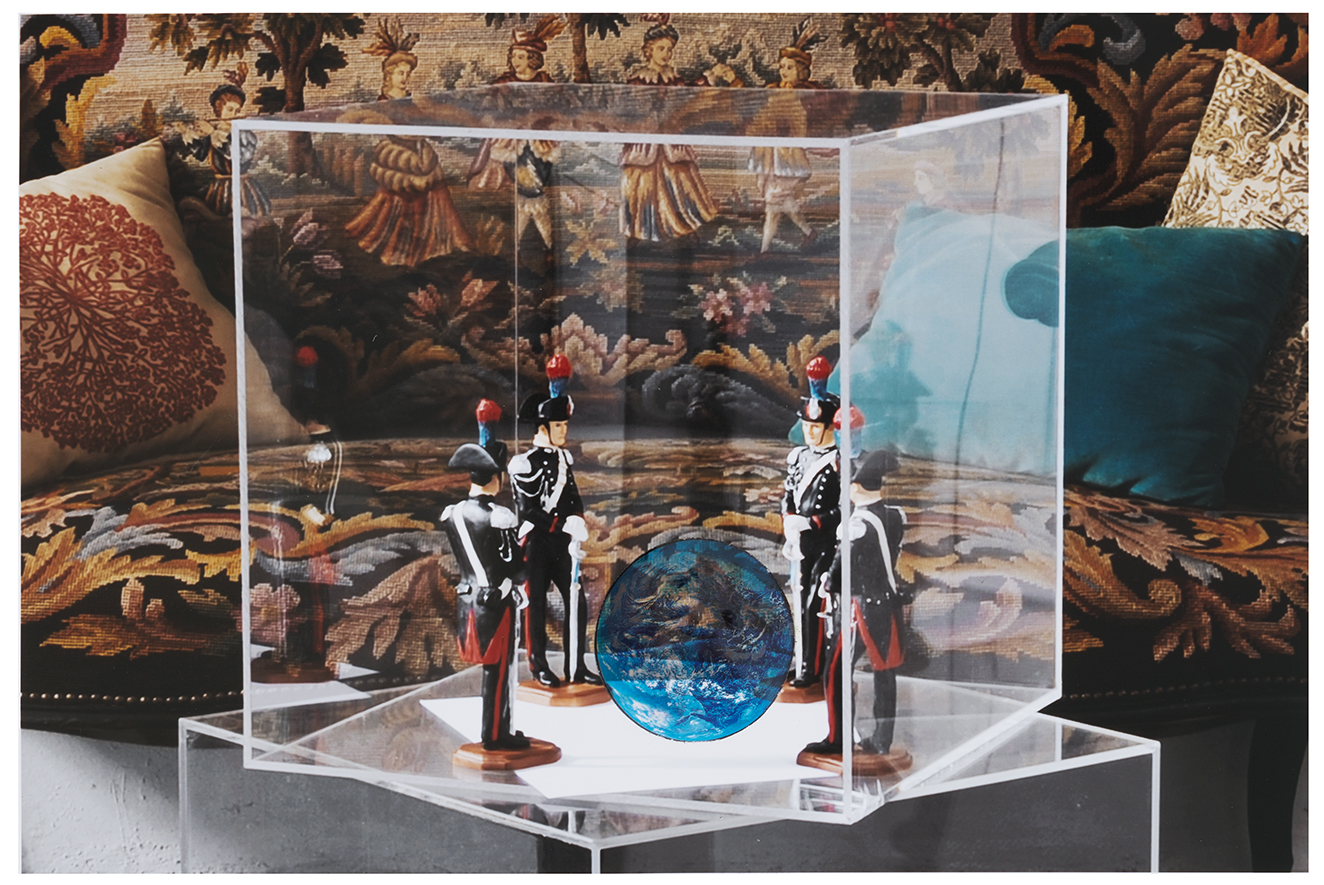 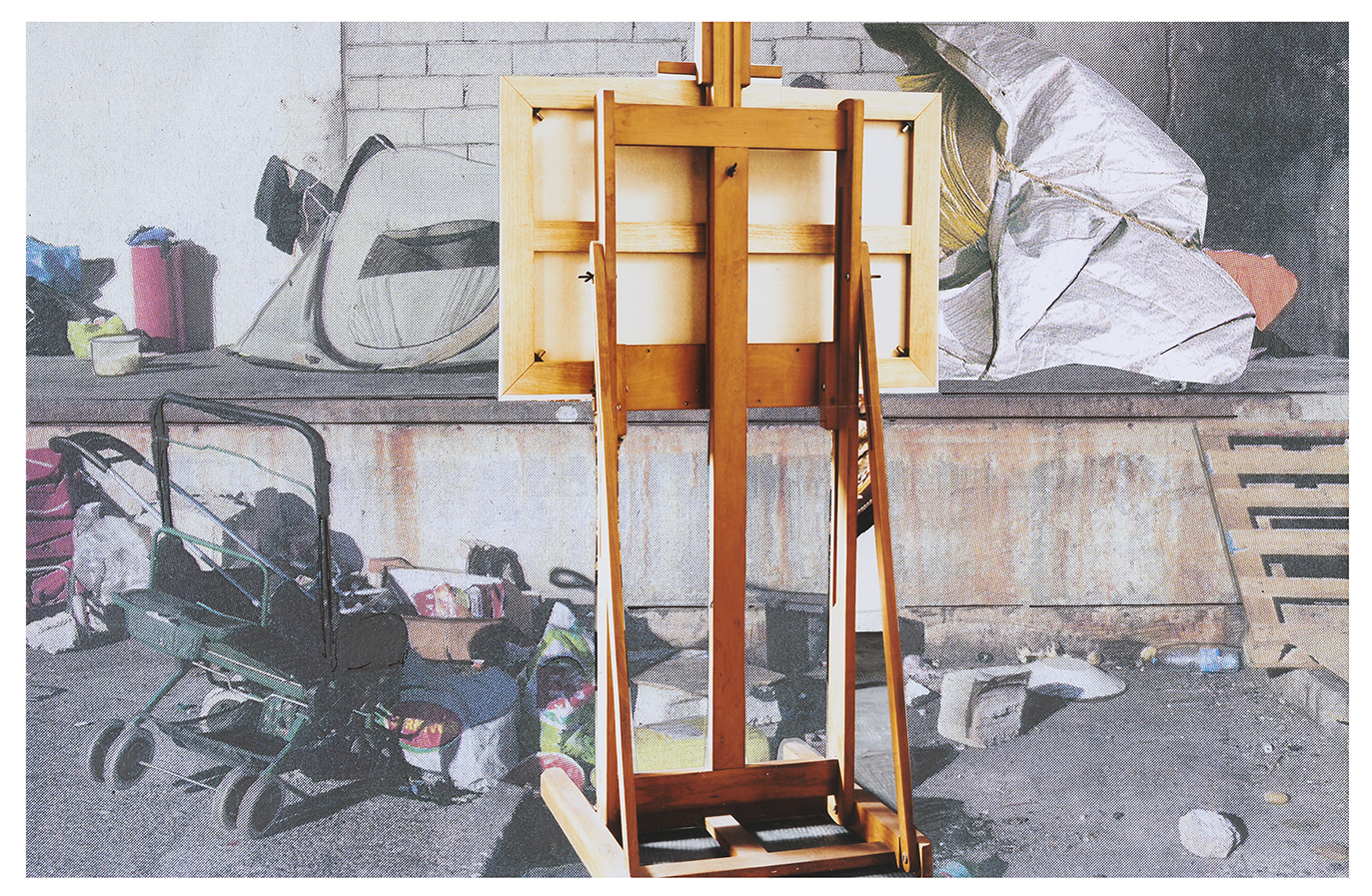 Studio per “Sala d’attesa” (In extremis) 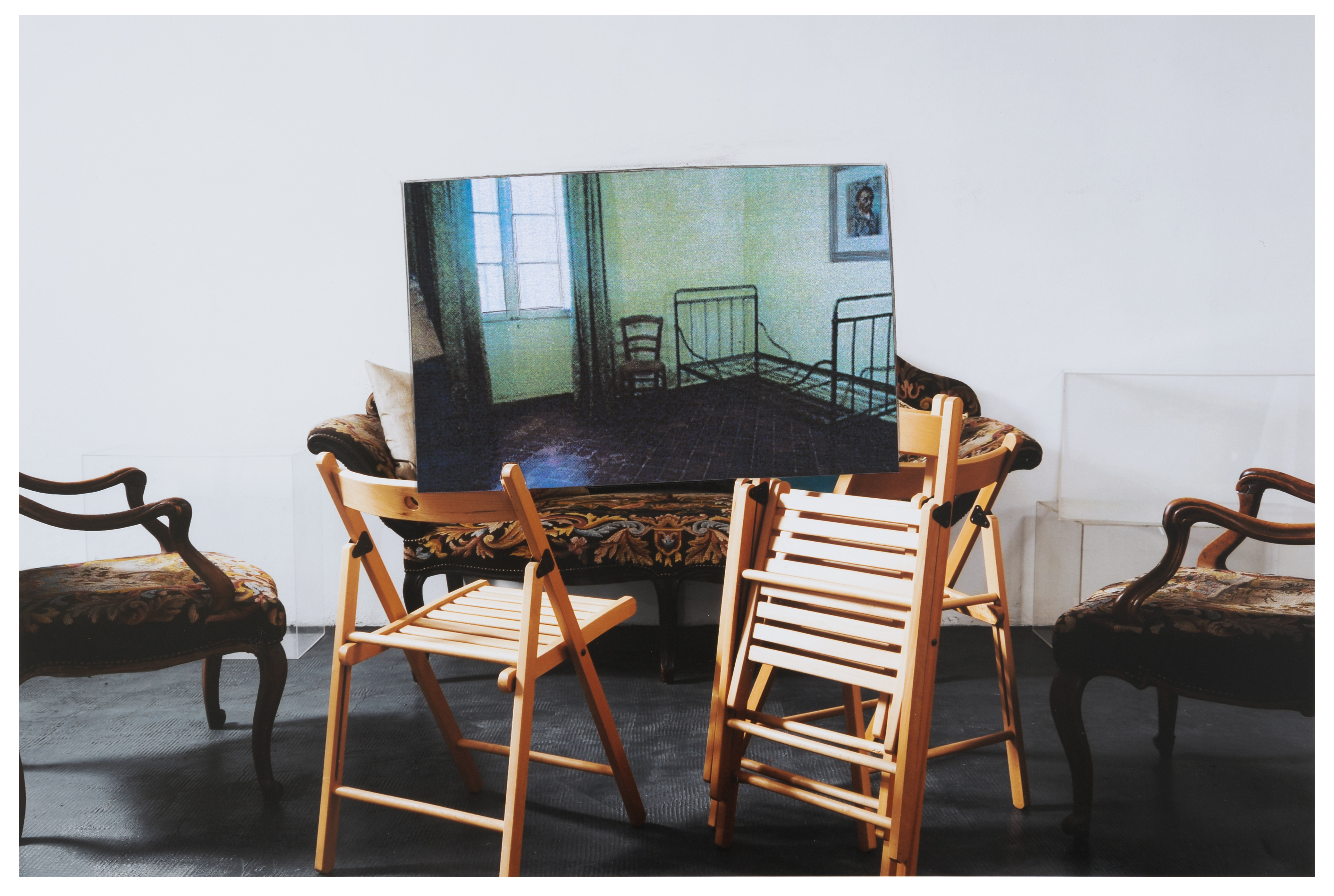 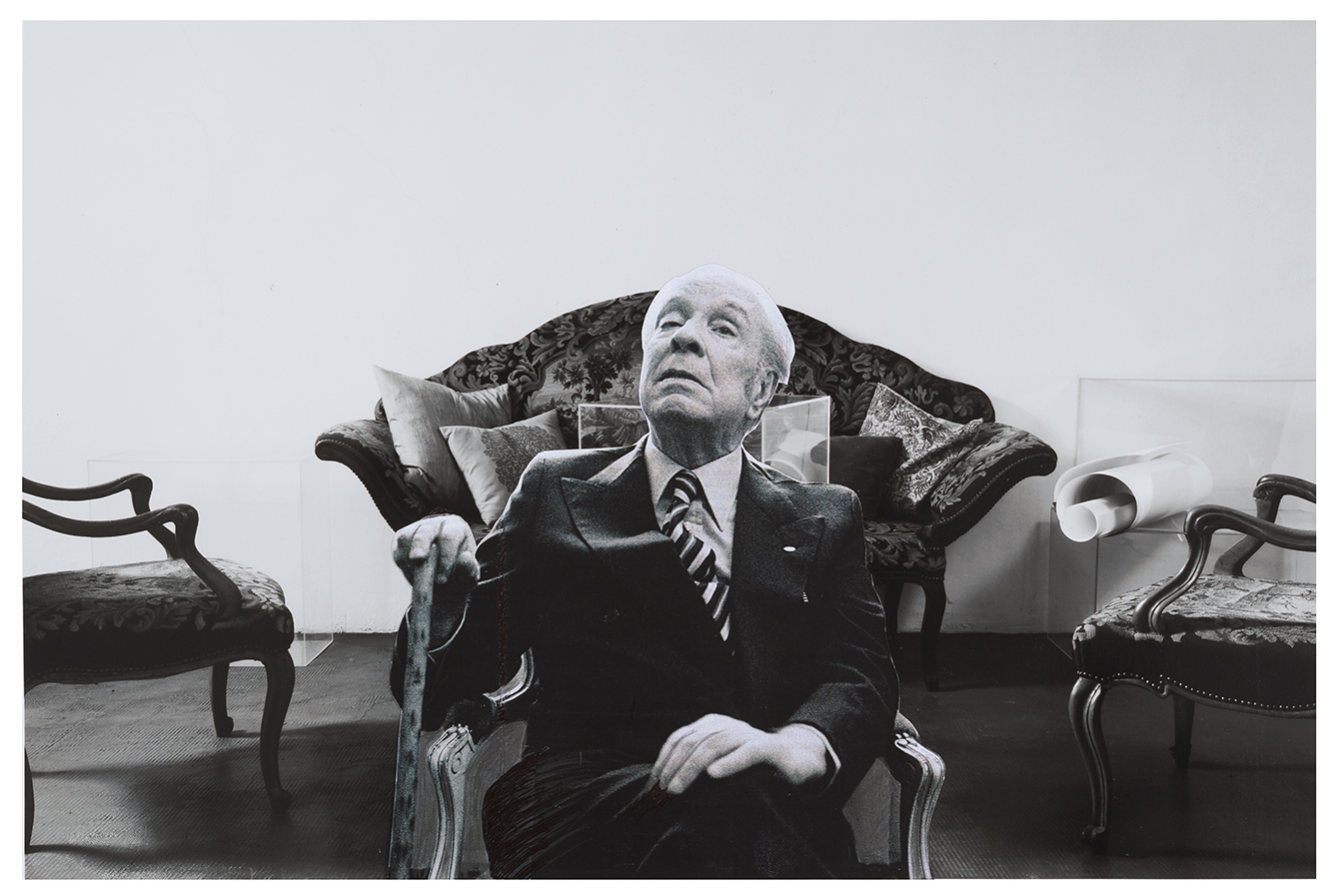 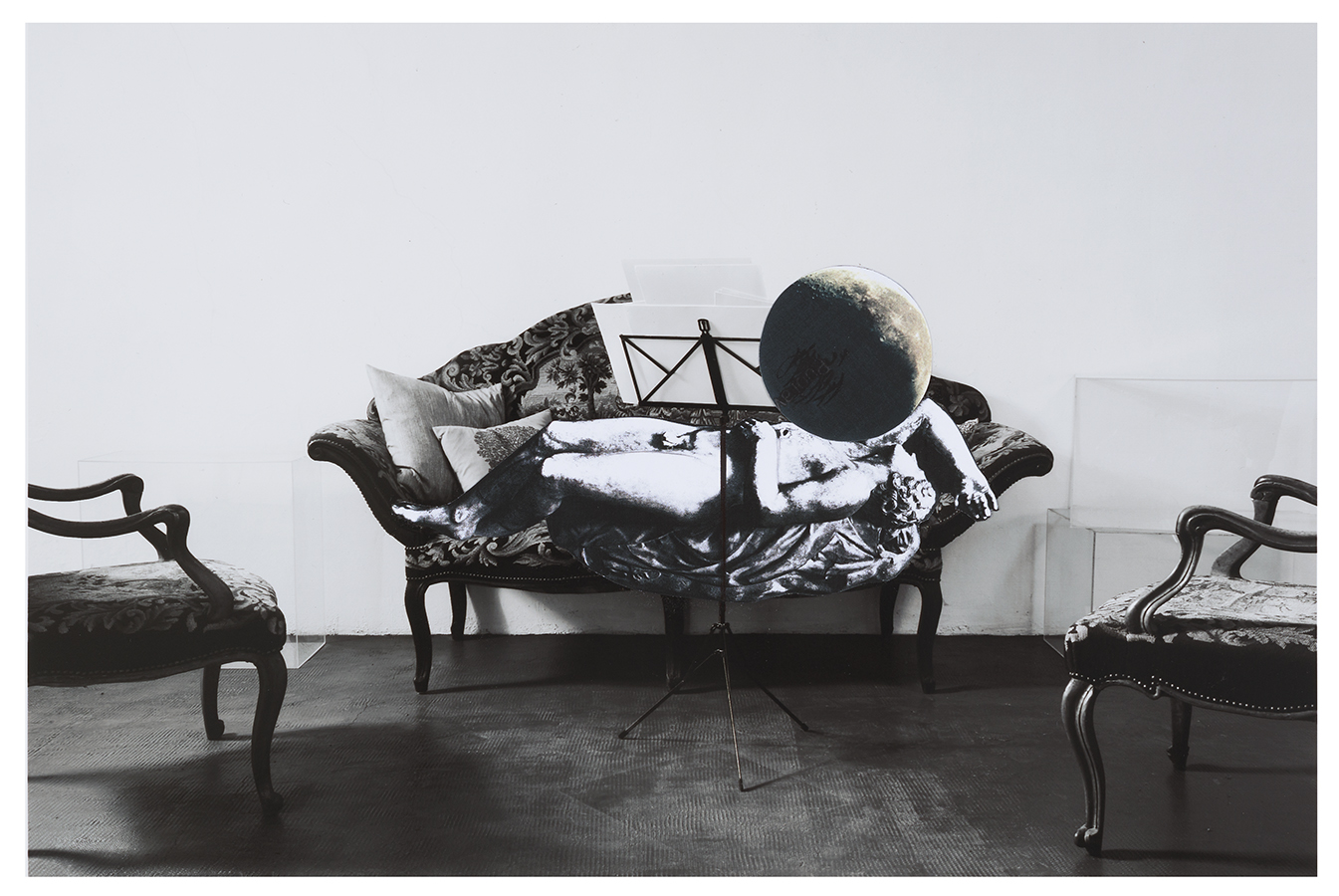 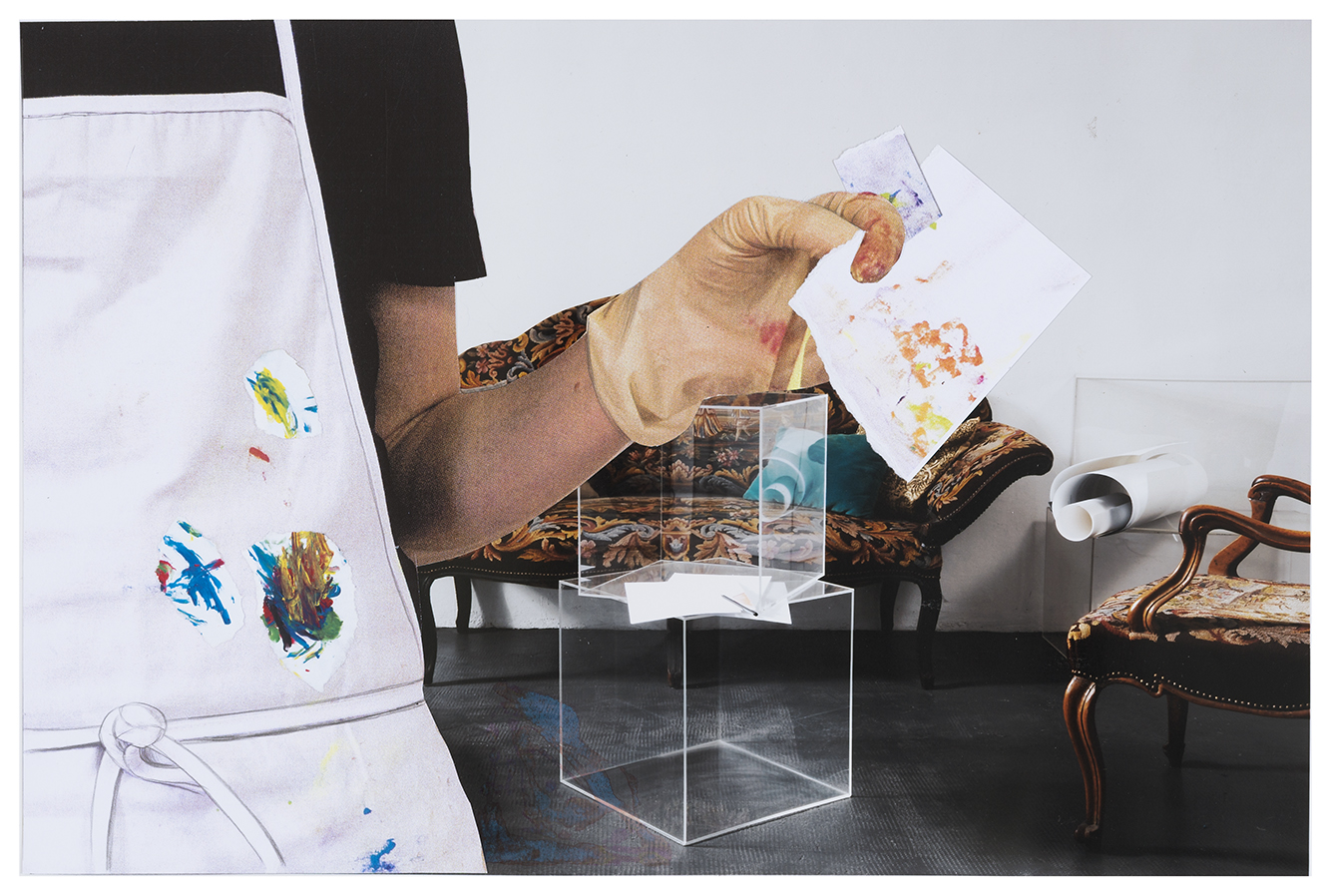 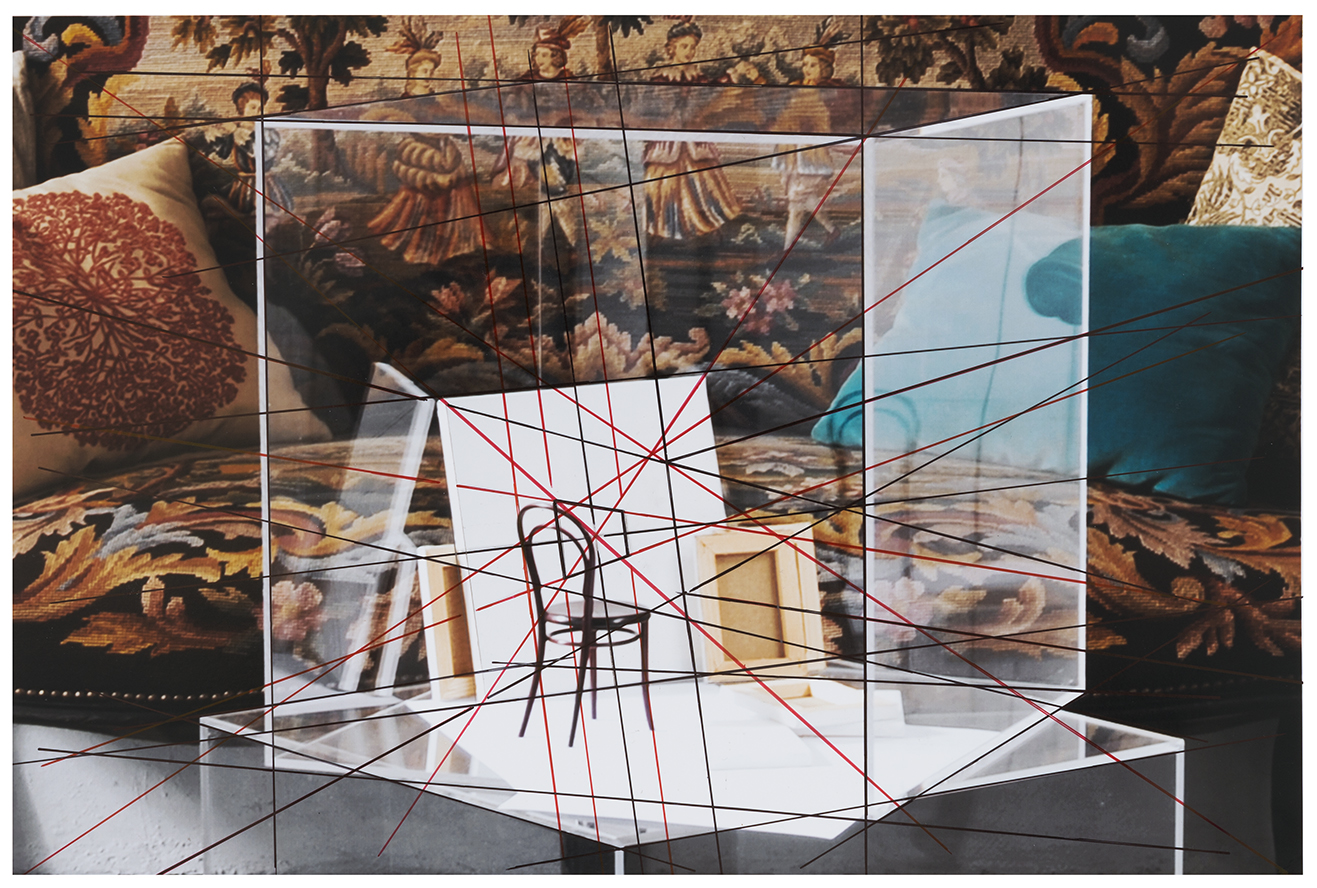 "Imagination is the somewhat disorderly antechamber of that room where the work then appears.
It's the secret deposit, the dark and mysterious territory that keeps the threshold of the work open". 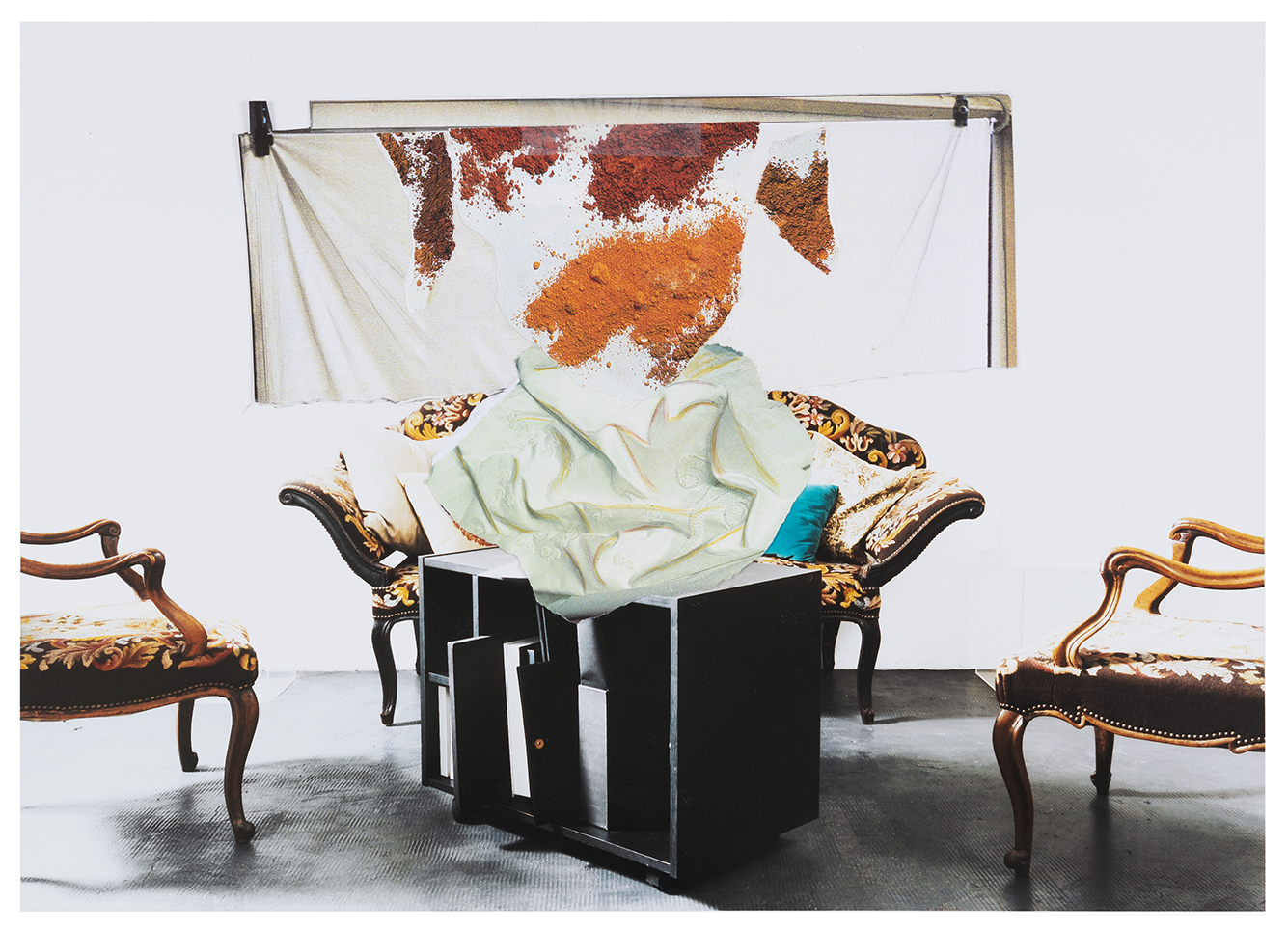 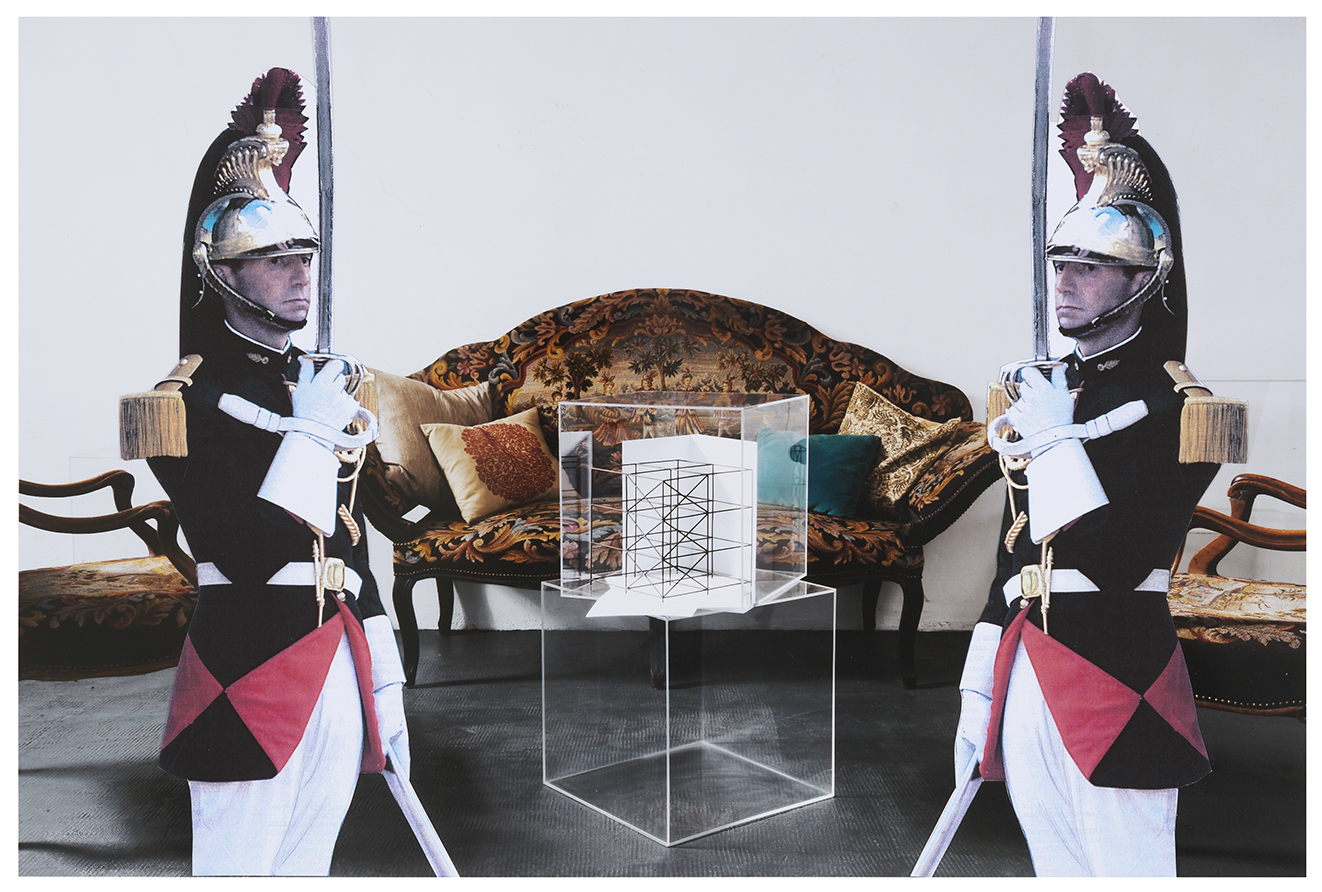 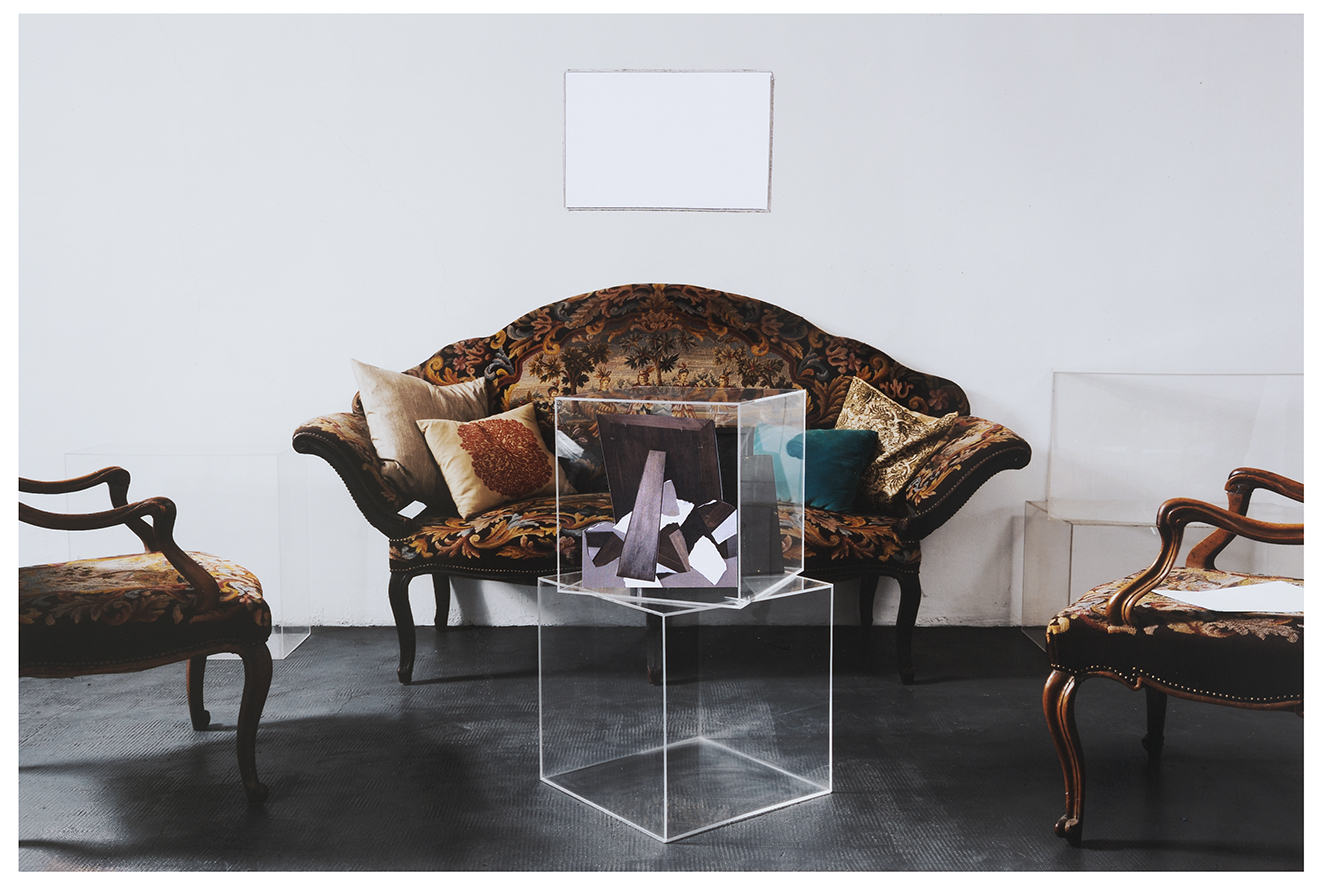 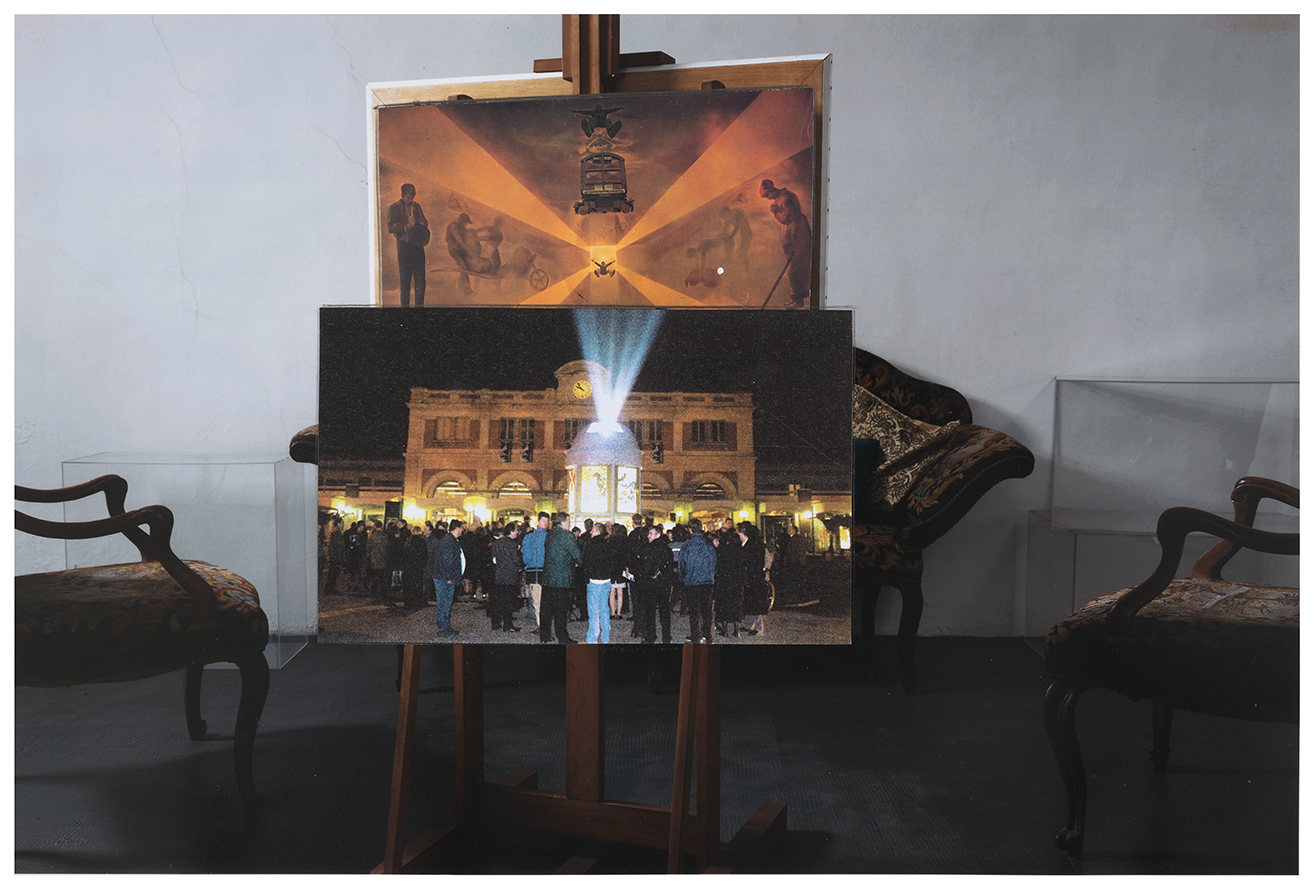 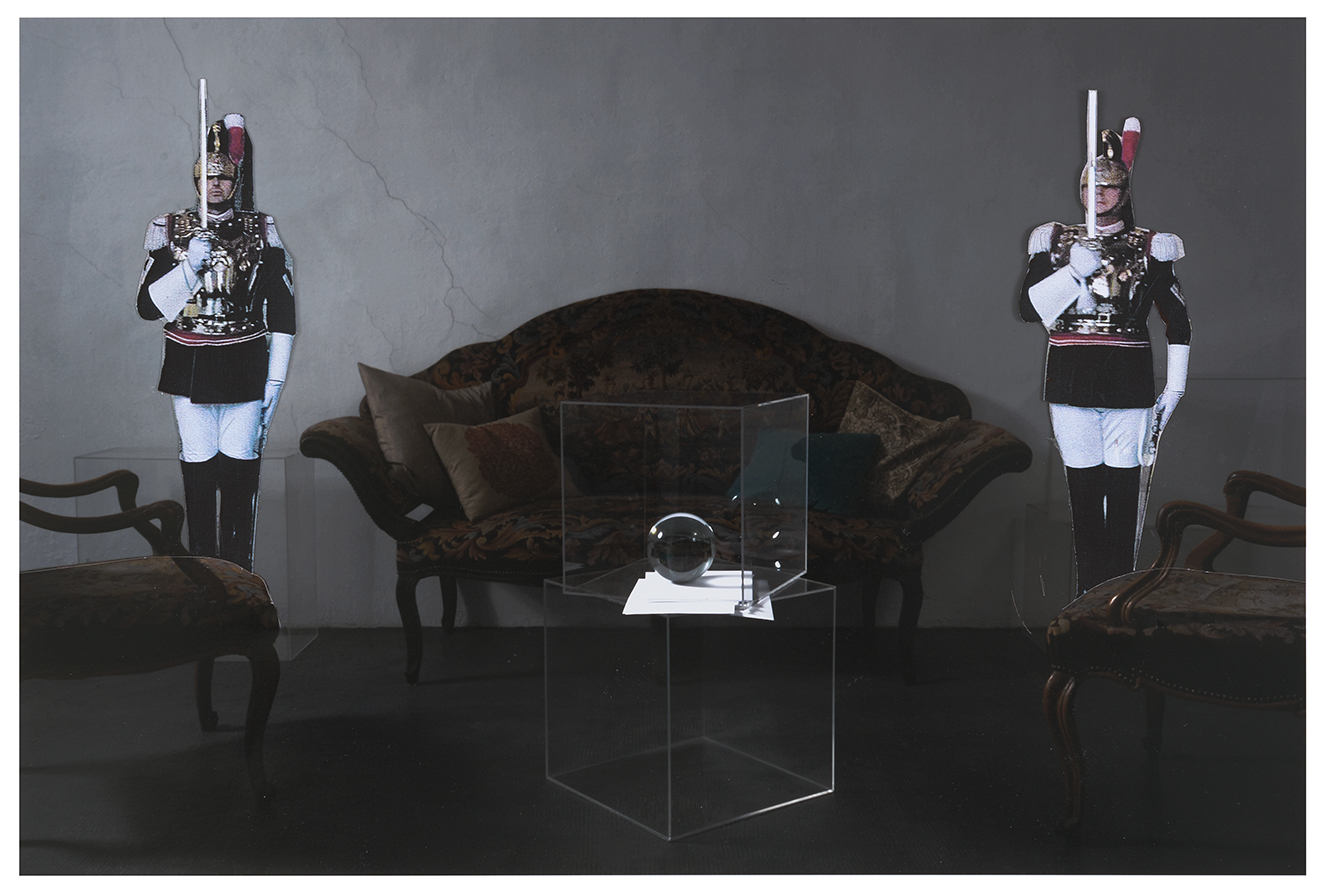 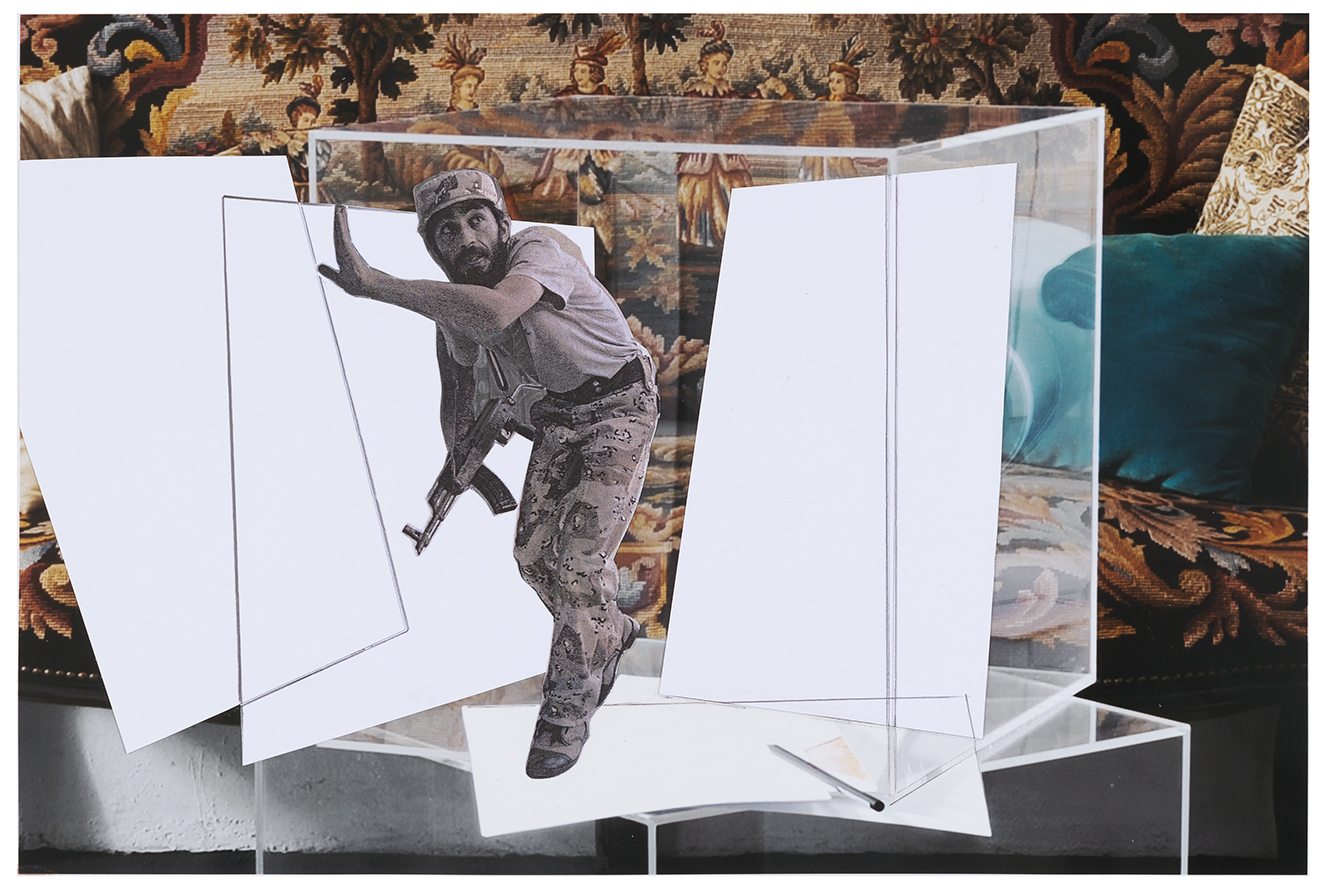 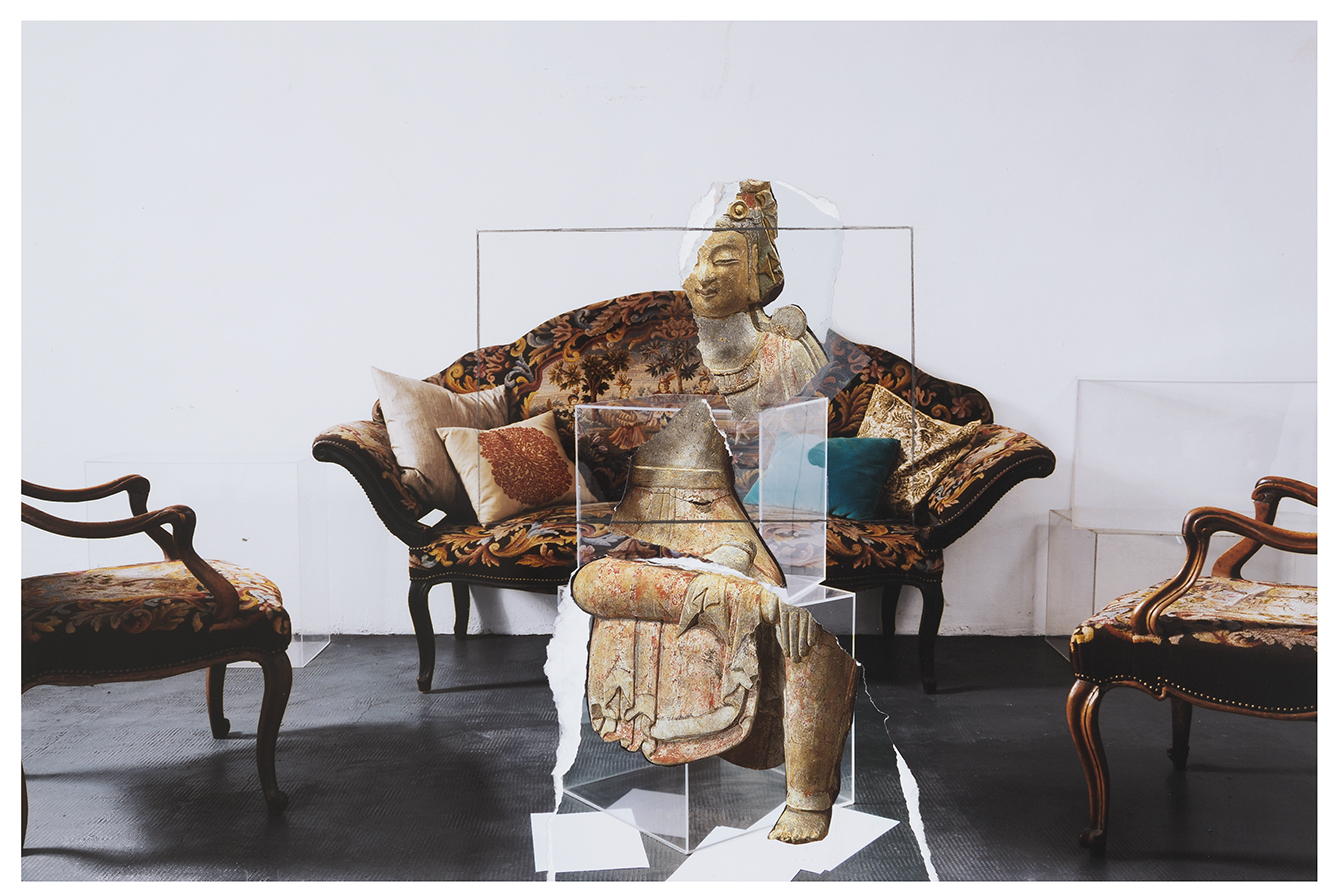 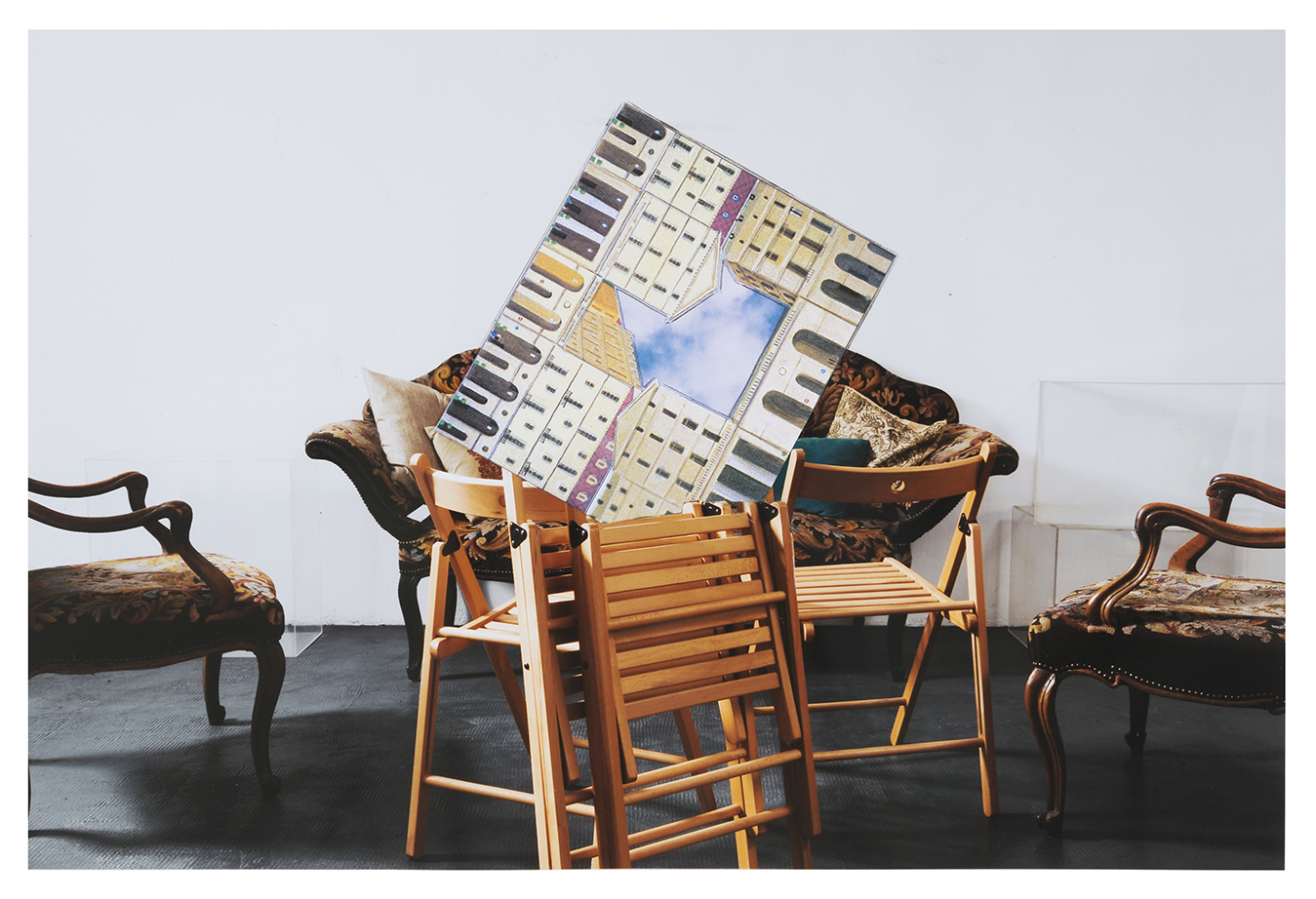 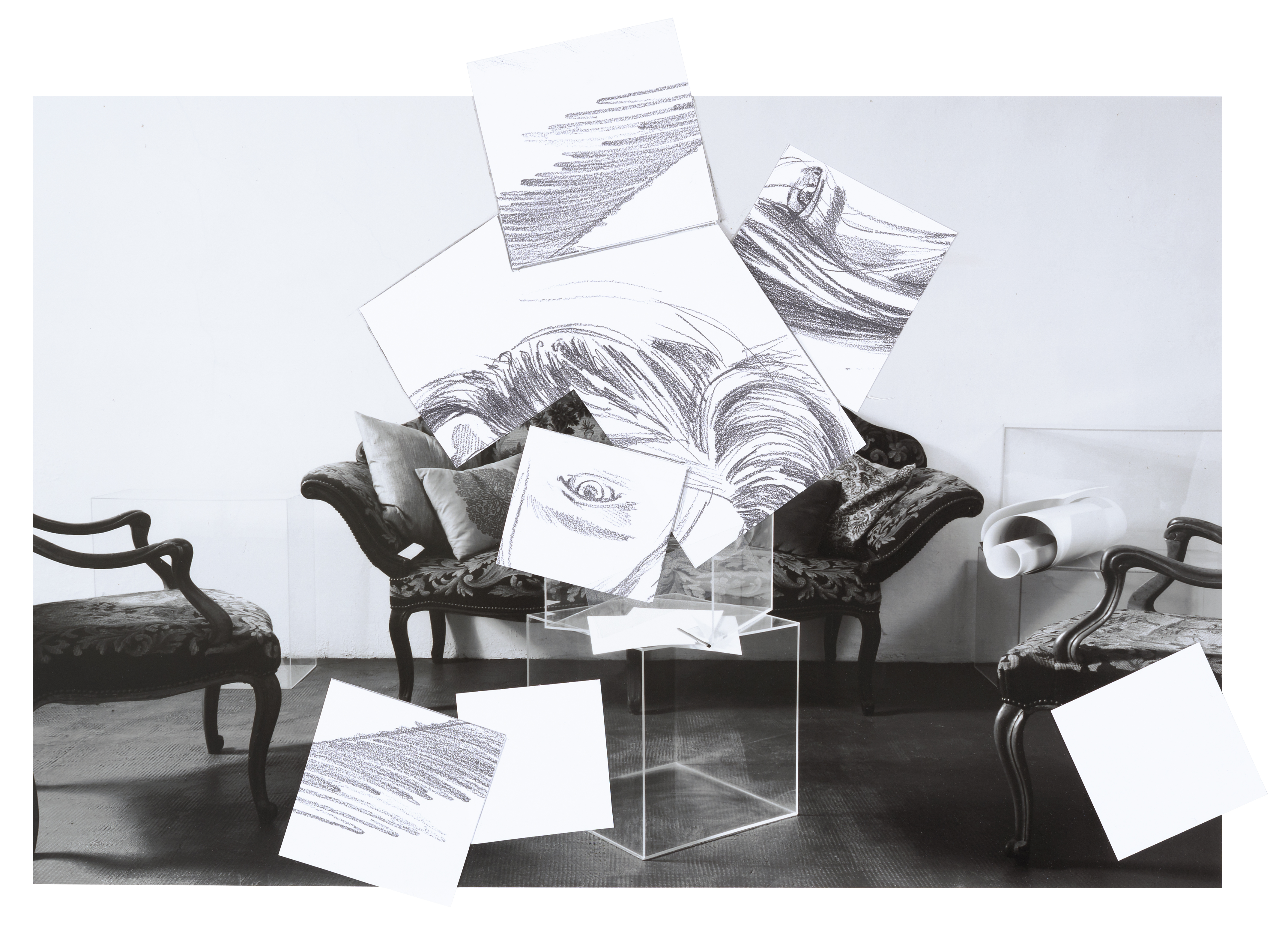 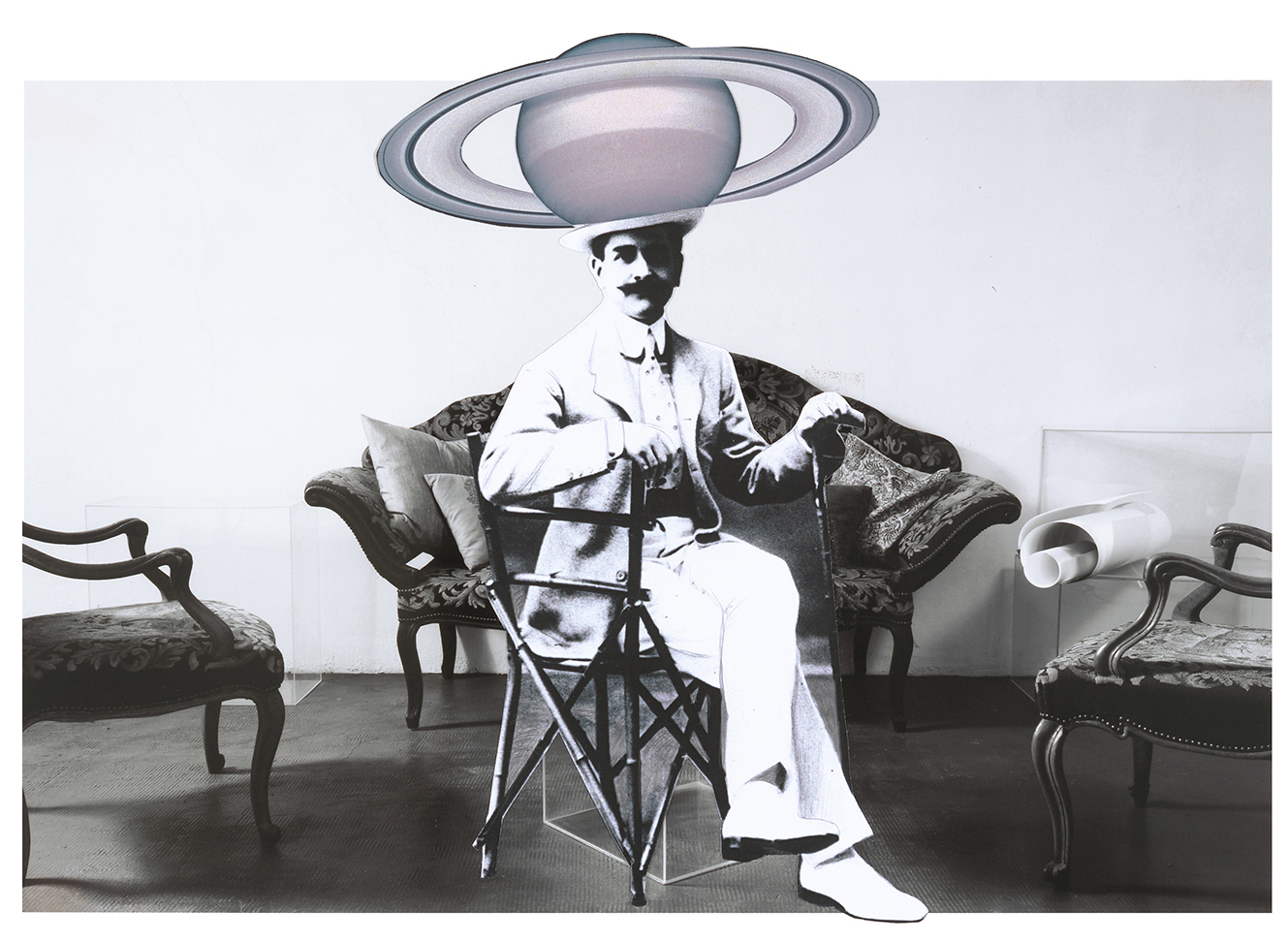